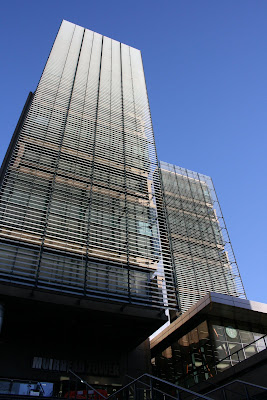 The University of Birmingham, where I’m currently studying, has a fine campus with many attractive buildings. But for me, the real star is the recently refurbished, Muirhead Tower.

Considering how many concrete towerblocks you see across the country, it’s remarkable how few of them actually get a decent refurb. When I lived in Sheffield, the trend was to clad blocks of Council flats in muted brown plastic – imagine a kind of beige bathroom look. Another particularly nasty approach is seen in the "Leicester City blue" painted St Georges Tower with it's orange, yellow and red panels (see below). Yes, I’ve picked the most flattering angle... 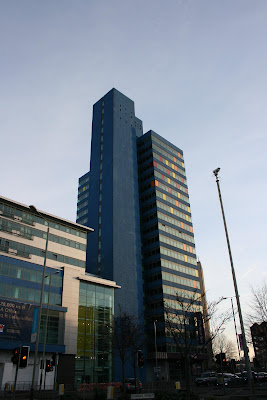 Muirhead Tower was designed by the architect, Sir Philip Dowson of Arup Associates and completed in 1967. It seems to have followed a similar path to many modernist structures of the time: initially lauded, it received awards from both the RIBA and the Civic trust, but as time went on it became rundown and unpopular, with various myths emerging about its stability and structural integrity. It so could easily have found itself demolished.

Whilst Googling for information about the building, I found the following quotes, which probably summed up many people’s attitudes:

“...the building is now infamous to both students and members of staff, and is regarded as a single most ugly building in the beautiful campus.”

“An Ugly concrete block the university couldn't knock down, because it's listed”

As someone so eruditely points out, the fact that it was listed in 1993, almost certainly saved it from destruction. Hence, when structural problems emerged around 2006, Associated Architects were appointed to carry out the work

Work on sensitive or historic environments, often highlights the importance of being “sympathetic”. I’ve never liked this term, as it seems to imply a simpering deference, or cosseting. Associated Architects scheme isn’t sympathetic, and is all the better for it. The substantial concrete mass of the building, is augmented by contrasting stainless steel blocks, cores and louvres (or are they brise soleil?). Similarly, the new windows really compliment the form of the building, whilst the result is strangely reminiscent of Roger’s Lloyds building. There’s been no attempt to hide the main elements of the building, be they old or new. 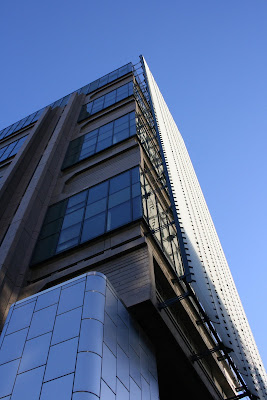 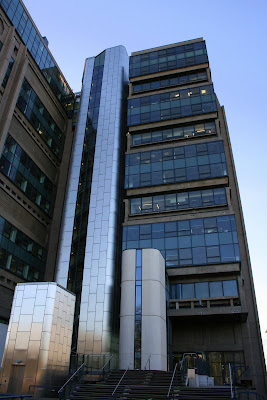 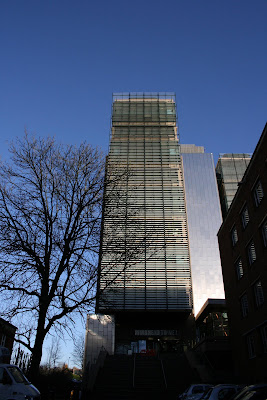 I daresay some purists will be horrified by the presence of Starbucks, and the rampant commercialism this implies. However, I really like it and can confirm that the Starbucks is ridiculously popular.

I particularly like howthe interiors contrast the unadorned concrete, with more modern materials and bright colours. It’s funny but I think the result is much more sophisticated than the more contemporary additions to the campus, even with their swathes of glass, lighting and high technology. 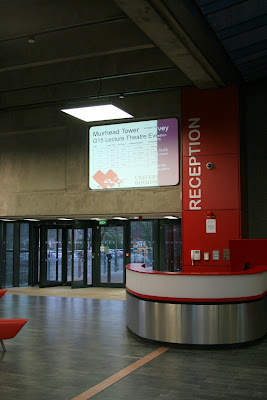 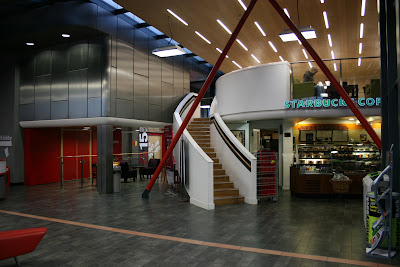 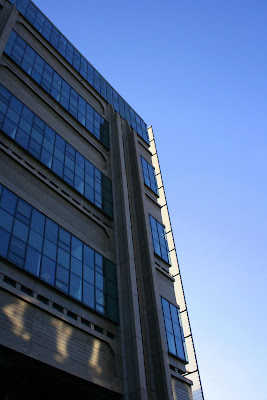 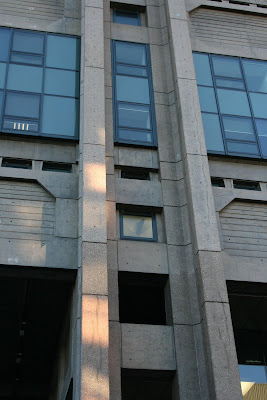 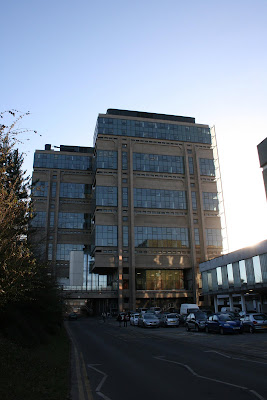 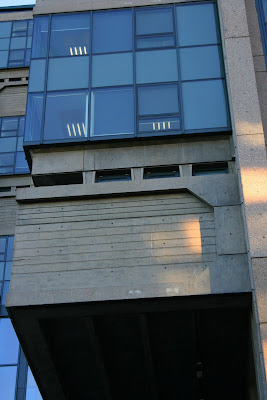 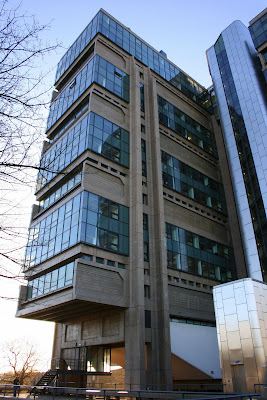 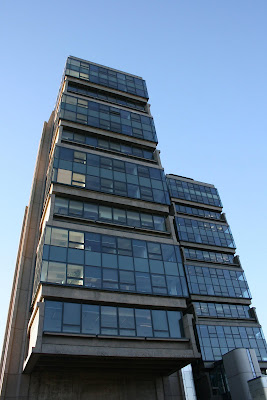 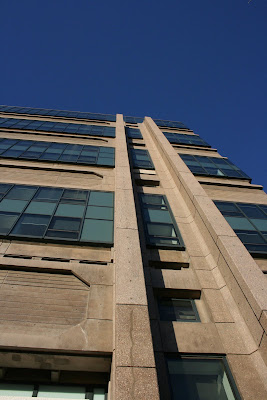 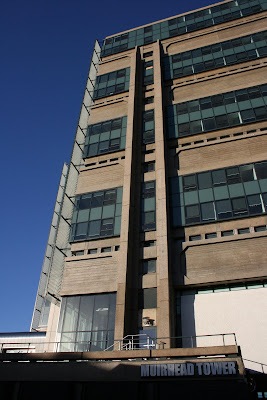 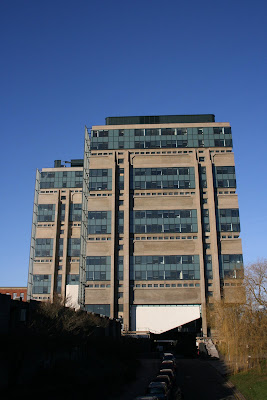 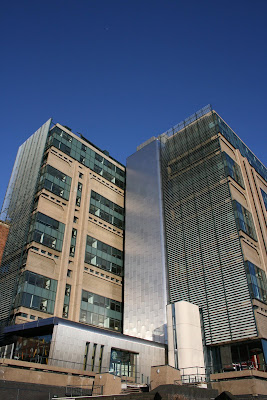 More generally, I’m pleased to see that there does seem to be a growing appreciation of 20th Century buildings. It’s just a shame that it’s probably too late for many of the eras finest examples.

Posted by Jonathan Clarke at 10:15 No comments: