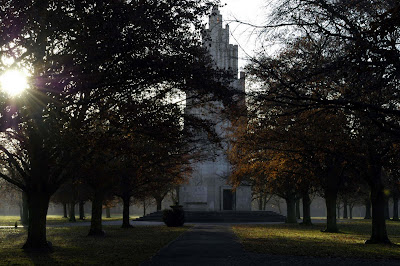 One of the main reasons for my lack of recent blog activity has been War Memorial Park. More specifically, I've been putting together tender and construction proposals for the renewal and restoration of the park.

Quite aside from any work that I'm involved in, I think it's worth drawing to people's attention to. I'd guess that outside of Coventry (maybe even within Coventry), not many people will be familiar with either the Park or the Memorial. Built in 1927 and designed by local architect, T.F. Tinker, the Memorial comemorates the 2,587 local men who died during the First World War and is set in a mature parkland of sombre, copper beaches and formal gardens. The photo's below were taken on a bright, March morning as I popped down to take a few measurements. While I always enjoy spending time in the Park, I thought the Memorial looked particularly stunning in the harsh winter light. Standing 27m high, the Memorial is most obviously influenced by the deco style of the time, but it also has elements of more gothic architecture, with it's prominant, buttressed corners - in short it's a real one off. I have to confess to being fascinated by it, and would recommend that anyone with an architectural interest, check's it out. I hope my snaps do it justice. 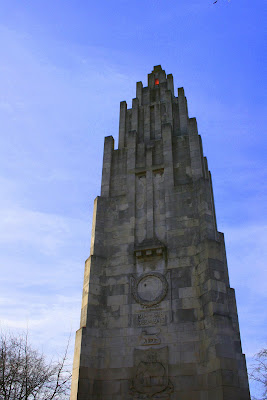 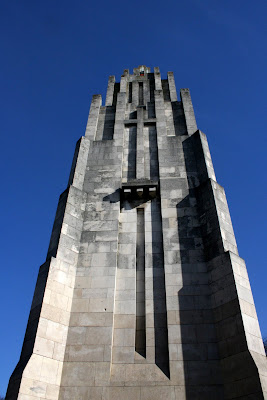 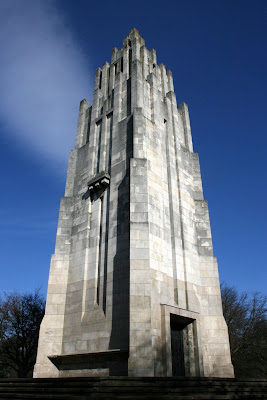 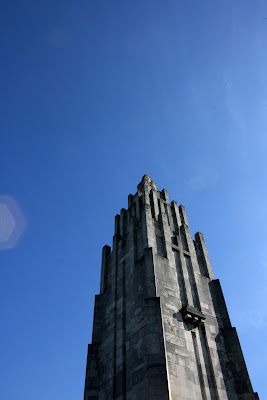 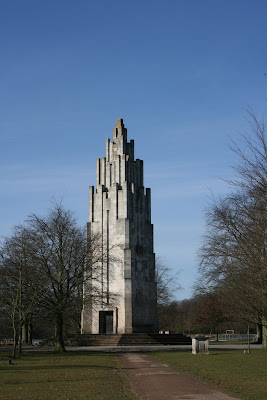 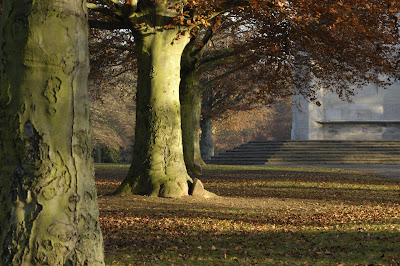 Posted by Jonathan Clarke at 22:07 No comments: