Whatever happened to the Earth Centre? 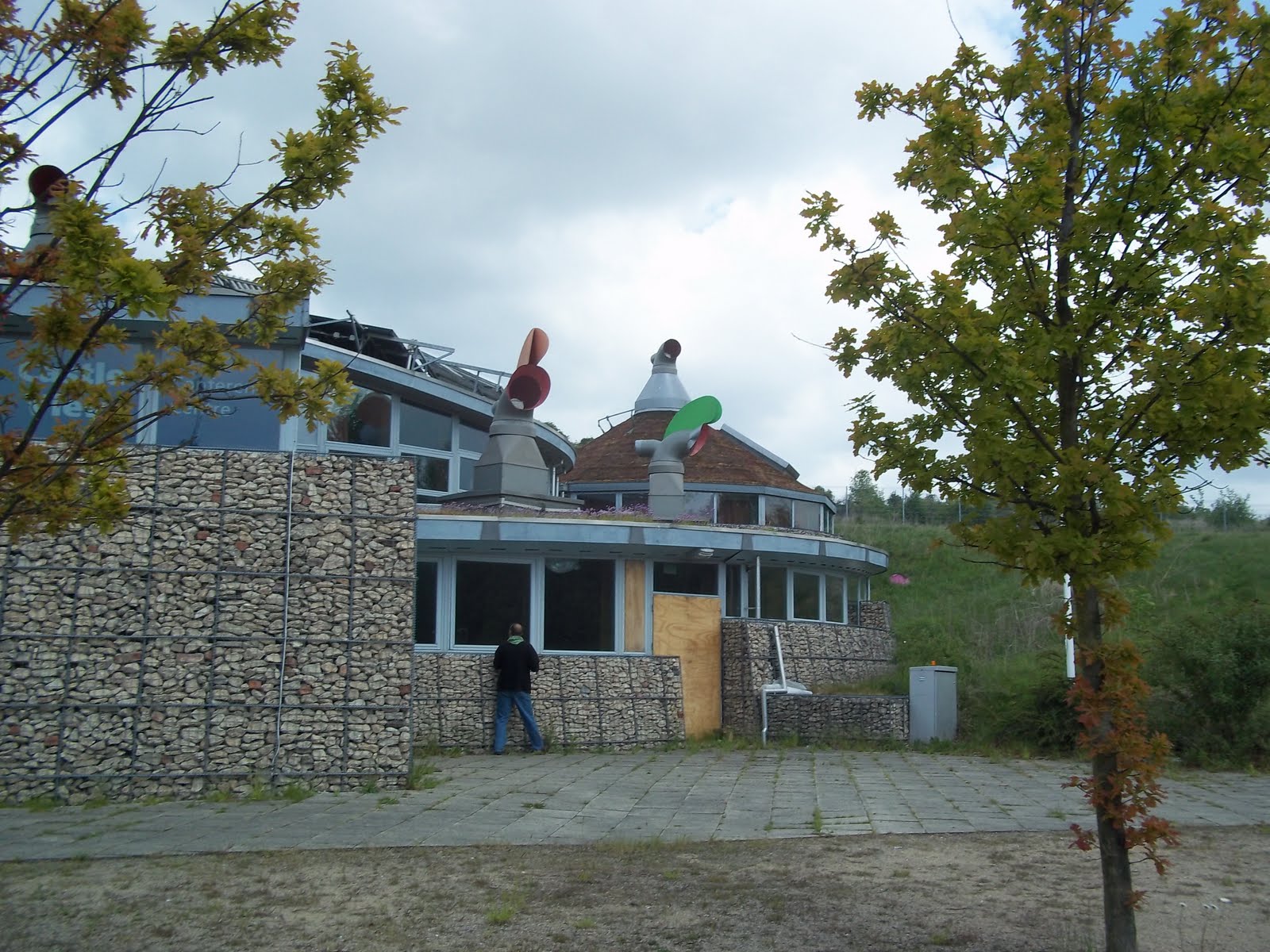 The Earth Centre was an environmental theme park and model for sustainable development, which opened on a former colliery site near Doncaster in 1999. Just five years later the Centre closed, the operators went bankrupt and it was declared financially unsustainable. Since this time, the site has stood derelict.

I'm not quite sure what made me decide to look up the Earth Centre, perhaps it was planning a visit to Yorkshire Sculpture Park which was big around the same time. But whatever the reason, I found myself looking at pictures of the site posted on the 'urban exploration' forum, 28dayslater (hence the photo's on this post). For those not familiar with the genre, urban exploration is where people err... (I'm struggling for a euphemism for break-in) visit derelict sites and unusual places, before posting pictures on the internet for people to marvel at. Generally, the weirder/higher/riskier, the better.

A few years a go people were posting some amazing stuff on the site, but more recently the quality of sites seems to have deteriorated to the point where people are probably posting pictures of a former Budgens, which closed last November. However, some of the Earth Centre photo's are terrific and I'd strongly urge anyone with an interest to check them out at the link below:

At the time of closing no one seemed too surprised that the whole thing went pear shaped, but looking through the photo's now it seems a bit of a shame.

The Centre was funded by an initial grant of over £40million from the Millennium Commission to "establish a world centre for sustainable development promoting the best environmental and sustainable practice", whilst further funding enabled later phases of the development. Initial reviews, including the one below from Jonathan Glancey, were favourable.

Respected architects, Jan Kaplicky and Amanda Levete of Future Systems, designed the buildings, whilst Will Alsop was lined up to develop an innovative new bridge to the site.

Elements of the Earth Centre are weirdly reminiscent of other schemes of the time, in particular the Eden Project. If there is such a thing as, "eco-millenium project vernacular", I'd suggest that this is perfectly embodied by a friendly sculpture man, fashioned from recycled materials.

It's is perhaps telling that while I was studying landscape architecture in Sheffield at the time, I never made the short journey across to Doncaster to see what my lecturers described as "the 20th Century's biggest work of landscape architecture in the UK". If someone with an intrinsic interest in the subject couldn't be arsed to go, then you can be pretty sure Joe Public won't bother either. I think it's location was a big problem, for those looking for visitor attractions there's not much else to draw you to Doncaster. I also think it was a little ahead of it's time - sustainability issues are much more mainstream now, but back then 'eco' was a little bit mung beans and bicycle clips. But I'd say it's biggest failing was a lack of a big draw. I hate to say it (in fact people who say this are actually a real pet hate of mine), but where was the 'wow factor'?!? Eden had the big plastic 'biomes', but I wasn't really clear what the big feature of the Earth Centre was.

Since closing, the site has been used infrequently for paintballing and the fiming of the TV series 'Survivors', which was set in a deserted future where everyone's died of flu (except for the bloke from Hotel Babylon). The current proposal is that the facilities will be demolished and the site redeveloped for housing; you get the impression that the local council are keen to get shot of the site, and put the embarrassment of the projects failure behind them.

More positively, local groups have started a campaign to bring the Centre back into community use (see link below). Given the facilities still present, the interesting design features and the public money invested, you can only hope that they are successful.

Posted by Jonathan Clarke at 21:48