Up the river without a paddle 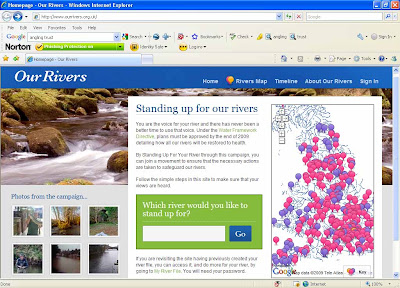 I was very interested to see an email from ‘Green Places Magazine’ pop into my inbox advertising the ‘Our Rivers’ - “crusade”, which is apparently the largest ‘river action campaign’ ever seen in the UK. It asks for people to ‘stand up for your river’ and it is looking for local knowledge to feed into the River Basin Management Plans (RBMPs). Sounds good, thinks I – after all I’m someone who is interested in landscape, ecology and in particular, rivers.

So I click on the link to check it, and it’s then I start to feel a bit perplexed. The organisations involved are the WWF, RSPB, Angling Trust and the Association of River Trusts. It’s all a bit vague about what they’re after – almost as if they have to consult people, but don’t really know what they are trying to achieve. The kicker comes at the end of the ‘About Our Rivers’ section:

“The Water Framework Directive does not deal with all the issues that might concern you as someone who cares about a river. For example it doesn't deal with navigation, access…”

And this is where I have a problem. 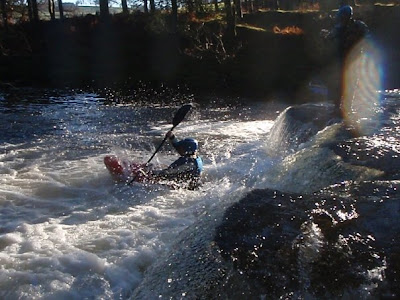 In my spare time I’m an enthusiastic kayaker. I’ve been into kayaking and canoeing for a few years now, having first tried the sport sea kayaking around the Turkish coast. Since then, I’ve spent many weekends getting up at silly o’clock in the morning, to drive to far flung rivers across the country! For those who aren’t aware, the UK isn’t overly blessed with places to paddle. The main problem is access.

It is estimated that only 2% of the rivers in England and Wales have public access or a right to navigation. The legal reasons for this are complex and still not entirely clear. In England and Wales, landowners own the riverbed (unlike pretty much everywhere else), although the water running over it is still the property of the Crown. Although to my knowledge no-one has ever been found guilty of trespass whilst on water, it is still alleged by some that it is illegal to do so without the landowners permission. The other issue, is that you generally have to pass over private land to get onto a river.

Kayaking instructor and film-maker, Simon Westgarth, gives his explanation of the situation:
“The problem we have in England and Wales, is that to get on the river you should seek the permission of the land owner. Often the land owner will grant permission, yet in some locations there are fishing right to sections of water, other people can own these and probably pay a fee to the land owner, and in turn bear influence on whether the land owner will grant permission to get to and from the river. Its a very foolish situation and unique to England and Wales, where as in Scotland they have seen the good sense to change the law to accommodate the recreational demands of a modern society. In all my travels, there are few water access restrictions, those rare cases are based on conservation demands to very rare nesting birds or time restrictions to allow fishing at both dawn and dust. I would hope we’d get there in the UK, but politically the powers at be seam to be willing to uphold the status quo, in spite of the its ridicules outcomes.” The British Canoe Union (BCU) have been campaigning for better access almost since it’s formation in 1936, but unfortunately there has been little change in the situation over the last 20 years. The sad fact remains that an influential minority are vehemently opposed to rivers being more widely used and accessed by the public, and have successfully prevented people from boating, swimming and even accessing riverbanks, for quite some time. The angling community are very much at the vanguard of those who want to prevent greater access. From the ‘Our Rivers’ website I clicked on the Angling Trust link and this is what I found. 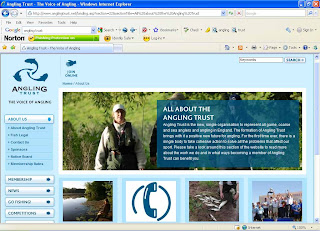 Angling Trust statement on Navigation:
“The British Canoe Union has been actively campaigning for free, unlimited navigation access to all watercourses, at all times, which is an entirely unreasonable demand. Anglers pay billions of pounds for the rights to fish on rivers, and yet boaters are demanding free access which will have a major impact on the quality of fishing and can cause damage to spawning areas. Anglers also invest millions in the upkeep of river environments and pay a rod licence to the Environment Agency which pays for investment in fisheries protection. The BCU is proposing that boaters should have the right to paddle wherever they choose without paying a penny.

Many rivers do have an established right of navigation and voluntary agreements on other rivers are being established with some success, but this is not a universal solution by any means.

The Angling Trust will make these arguments to politicians and in the media and will help broker agreements between anglers and boaters where possible. We will also fight for enforcement action to be taken wherever unlawful navigation becomes a regular problem.”

First of all, the irony of an organisation which is part of a campaign called, ‘our rivers’, that has a policy of preventing wider river use, is not lost on me. However, I also thought it would be worth picking up a few of their points, as I understand it.

The BCU is asking for a presumption in favour of access, but implicit in this is the understanding that this can easily be suspended if there are environmental or local reasons to do so. The statement also mentions payment and financial reasons for why they are opposed to wider access A LOT. You’d almost think that this is their major objection. There is also mention of damage to spawning areas – I have seen no meaningful research showing that canoeing causes any environmental harm, and as someone with an ecological background would be interested to see it. I should also point out that spawning beds are highly protected under the Environmental Protection Act, and that if any damage could be proved the parties involved would be liable to prosecution.

Which leads me onto the final issue – ‘access agreements’. Both Labour and the Conservative party advocate access agreements as a way to resolve the issue of river access. The odds on land owners volunteering to let people across and onto their land aren’t great. In the last 20 years there have been no significant new access agreements and in this time a number of other access agreements have collapsed. What incentive is there for people who are already using the rivers, to share it with others? The situation is similar to the right to roam – would landowners have voluntarily allowed ramblers onto their land?

I have no particular issue with fishing, and I can understand why having new people boating, swimming or walking alongside their rivers, would be a bit of a pain. It’s going to scare the fish away! But these aren’t reasons for why other people shouldn’t be able to enjoy the rivers of England and Wales. Access for all seems to be working well in Scotland.

OK so why should you care?

Rivers are a key part of our natural heritage, and as a society we should all have access to them, and responsibility for their upkeep. Canoeing is a great sport. It’s suitable for a wide range of ages and abilities, from young children to the elderly. It can be active and adventurous, or it can be a peaceful way to see nature and the landscape. It’s also a sport where the disabled can take part alongside able bodied users (I’d recommend people check out adventurer, Karen Darke).

The issue is highly complex, and I fully expect that some will feel that my explanation is incomplete or incorrect. However, iIf any of this sounds unfair or if you’d just like to find out more, then I’d urge you to check out the following website:

Posted by Jonathan Clarke at 22:12